The Notre Dame fire and its impact on society - Impaq Education
Contact Us FAQ's my.Impaq
Back

The world watched in shock as the famous Notre Dame cathedral went up in flames on the evening of 15 April 2019, with pictures of the event – representing the untimely ‘death’ of an irreplaceable monument in human history – spreading like wildfire on social media.

Hundreds of firefighters struggled for many exhausting hours to contain and extinguish the fire; they finally had it under control in the early hours of 16 April. Despite their best efforts to prevent the destruction of the building, the cathedral’s famous spire collapsed onto the roof, causing significant damage. The roof, which dates back to 1160, was one of the oldest surviving structures of its kind in the world; from a historical perspective it was priceless. With its roof destroyed, the authenticity of the Notre Dame was lost forever.

The question is now whether the Notre Dame can be restored, or whether the damage is too extensive. On the morning following the fire, an architectural historian commented that “if the vaults start to crack and fall down, then the building is going to be lost. We’d be talking about rebuilding, not repair”. (1)

You may be wondering why this event received so much international attention, and why the people of the world were so emotionally moved by it. The answer is simple: The Notre Dame cathedral is an example of Medieval Gothic splendour – a true masterpiece of building endurance, excellent craftmanship, and dedication to the Christian faith. It housed invaluable ancient relics and works of art.

For Christians worldwide, the timing of the fire was significant; it happened shortly before the religious commemoration of the Pasga and the execution of Jesus Christ.

Irrespective of religion, the Notre Dame is regarded as an international icon – it is an architectural and historical marvel, and a must-see attraction for people visiting France. It was also the inspiration for Victor Hugo’s novel Notre Dame de Paris, translated as The Hunchback of Notre Dame.

The Notre Dame cathedral is viewed by many as a symbol of human civilisation. It is a significant historical landmark that has stood for more than 800 years and has been treasured for its craftmanship, aesthetic and intrinsic value for centuries; as donations to repair the building pour in from all over, it is evident that it is also treasured by modern society. It was valuable then and remains valuable now.

An unforeseen event such as this often leads to a re-evaluation of and a need to protect and preserve what is important to us as a society. It makes us realise that history is created on a daily basis – we are currently experiencing the significant events that future generations will study.

At Impaq, we pride ourselves on remaining current. We invest significant time and effort in modernising and updating our lesson materials and services to ensure that our curriculum keeps pace with what is happening in the world. 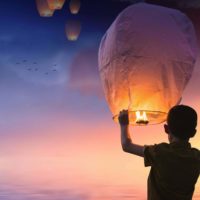 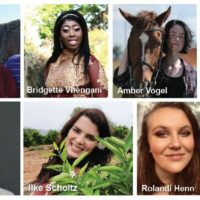