In the next few articles, the relationship between home educated learners and socialisation will be dealt with. Home education (also known as homeschooling), as an alternative approach to education at a school, has become a progressive development in South Africa and across the world where parents choose to educate their children at home, rather than sending them to a mainstream state or private school. There are various reasons which motivate parents to opt for home education, such as living far from a school, specific religious beliefs, unique academic needs or bullying.

Contrary to the above factors, Saldana (2013) believes that education should rather be about “the transmission of culture, the process by which the culture of a society is passed on to its children”.

This implies that children naturally learn their culture by acquiring knowledge, beliefs, values, and norms and that their self-concepts, emotions, attitudes and behaviour are directed by agents of socialisation, groups and/or institutions.

The role of the school

In terms of the above, schools play an important role in the socialisation of learners, but this compels us to ask:

The exposure to a school environment or not and the influence it might have on the development of the social skills of learners are probably of the most interrogated issues currently.

Many authors, such as Dumas, Gates and Schwarzer (2008) feel that acquiring social skills and values are not only satisfied by schooling. It is believed that an accomplished individual is not only someone that is academically intelligent but also a person who possesses the socially required attributes of life. People who do not know what homeschooling is about, seem to question whether home educated learners will possess the required social abilities to effectively function within society. However, researchers such as Dumas, Gates and Schwarzer (2010) pointed out that empirical evidence showed that homeschool learners scored just as well or better than traditionally schooled learners.

The world is a classroom

This brings us to our first question to be addressed in this series of articles:

Socialisation can be defined as the learning curve through social contact with society. This social contact motivates the development of individuals by indicating what is normal and acceptable in society and also helps the development of morals, acceptable social behaviour and social skills that are mandatory for our social roles and to become an accepted member of society.

Isolation from society may lead to behaviours and attributes absent in a person who is accepted by society. This might be as a result of never getting the chance to make observations of or to conform to the actions of members of society that had a conventional upbringing. A good example of this phenomenon is that of the so-called “feral child” – Victor of Aveyron – a French boy who grew up in the woods near a village in France in the 1800s, and, who was only found at the age of around twelve. He was passed on to several people to stay with but kept on running away from civilisation.

The case of Victor of Aveyron not only underscores the importance of human interaction and accepted social behaviour, but also that societal norms and the way children interrelate with others play an important role in the development of the person as a whole. This means that the school cannot be regarded as the one and all to mastering social skills. Van Loggerenberg (2004) pointed out that the socialisation of learners in mainstream schools may become distorted as they are apportioned into horizontal groups according to their age and not so exposed to socialising within a wider spectrum and continuously vertically in terms of their natural interaction with their parents and older siblings.

In the next article, we will be addressing our second question: How do parents influence the social development of their children? 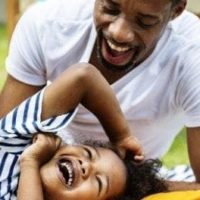 Impaq: Taking the hassle out of choosing a curriculum

Ten tips to help you cope with school closures 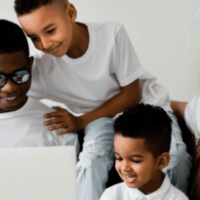