The significance of Human Rights Day in South Africa  - Impaq Education
Contact Us FAQ's my.Impaq
Back

The significance of Human Rights Day in South Africa

In South Africa, segregation had already been implemented in the late 19th century with the development of mining towns and cities. However, it was when the National Party was voted into power in 1948, that policy and laws that permitted discrimination against people of colour institutionalised a formal form of segregation and discrimination – Apartheid.

During Apartheid, people were classified into various racial groups: White, Indian, Coloured and Bantu. This particular order also prescribed how people were treated. White people were considered as superior, while the Bantu people were at the bottom of this hierarchy and considered the most inferior of races in the country. The term ‘Africans’ basically referred to all people of colour.

Pass laws, aimed at controlling the movement of African people into white areas, had been implemented in South Africa long before the formal introduction of Apartheid. But it was during Apartheid that these laws resulted in various protests. Human Rights Day commemorates one such protest, which went horribly wrong: The Sharpeville Massacre.

On 21 March 1960, after a day of demonstrations against pass laws, African people marched in thousands to the Sharpeville Police Station to hand in their passbooks in an attempt to force the police to arrest them and overcrowd the prisons. This form of protest was referred to as ‘civil disobedience’ and was generally regarded as peaceful. Although there are various accounts of what exactly happened that day, the truth is that 69 protestors were killed and 180 wounded when the police opened fire on the crowd. Many of them were shot from behind; they were killed or injured as they fled.

In 1994, 21 March was reserved as a national public holiday by South Africa’s first democratically elected president, Nelson Mandela. This day is celebrated annually to commemorate those who lost their lives while standing up against discrimination. It also serves to raise awareness of the importance of human rights and the protection thereof.

This year, let 21 March not only be the day we commemorate a tragedy, but also a day we celebrate our humanity. Let us focus on compassion, respect, love, dignity and equality. And let us remember what it is to be truly human, and to treat others the way we want to be treated ourselves. 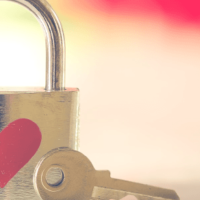 The History of Valentine’s Day

Which building blocks in the Foundation Phase can ensure my child’s future?